There have been several reports claiming that the Thai authorities have permitted a Westerdam cruise ship, operated by Holland America Line, to dock at Laem Chabang Port in Chonburi after being turned away by other countries out of coronavirus fears. The Minister of Public Health has posted on his personal Facebook account denying the claim, asserting that the Thai authorities did not permitted the ship to dock. 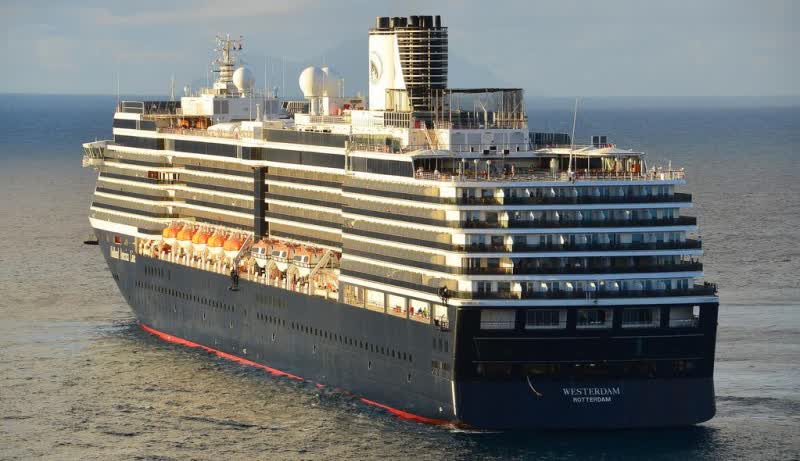 The Minister of Public Health Anutin Charnvirakul has posted a short message on his Facebook page saying “I have ordered no permit to dock,” with many users favoring this decision, while asking the government to provide humanitarian aid in any way possible.

A Deputy Minister of Transport Atirat Ratanasate said Holland America Line has requested permission to dock at Laem Chabang Port in Chonburi, to which the Thai authorities at the time were yet to respond. However, the cruise company posted on social media, which drew heavy criticism. The Ministry of Transport and the Ministry of Public Health then agreed not to permit the ship to dock in Thailand due to public concerns regarding coronavirus, and the fact that the ship has been turned away by countries such as Japan, Taiwan and Finland.

Mr Atirat said this is a difficult situation as humanitarian principles must be considered, asking what if a Thai ship were to be in a same situation However the final decision has been made to protect national security.

Holland America Line’s company had released a statement on its website on 10 February that the Westerdam cruise ship, which set sail on 1 February, is now bound for Laem Chabang Port in Thailand, from where passengers will disembark and travel to Bangkok to catch their flights home.