Electric vehicles (EV) has emerged as the most discussed theme on Twitter among the world’s leading automotive influencers, with more than 100% quarter-on-quarter (QOQ) growth in tweet volume during Q4 2019, according to GlobalData, a leading data and analytics company.

An analysis of GlobalData’s Vehicle Manufacturers Influencer Platform, which tracks the industry experts from automotive sector and their discussions around the emerging trends, insights and overviews, new fields of innovation and technology, and other popular areas on Twitter revealed that ‘Cybertruck’ as the top conversation driver among EV topics in Q4 2019. The discussions among experts about Cybertruck involved its futuristic design and self-driving features with AI technologies.

Animesh Kumar, Director – Automotive Consulting at GlobalData, says: “With electrification being a key agenda in several countries and among OEMs and with new product developments, announcements and model launches, it is not surprising that EVs emerged as the most discussed topic on Twitter.”

Alex von Witzleben, Thomas J Thias and Dirk Harbecke were the top contributors on the topic, based on mentions count. Their discussions revealed #Selfdriving, #IoT, #5G, #Smartcity and #Batteries as the top mentioned hashtags, driven by emerging technologies leveraged by companies in their latest range of EVs. 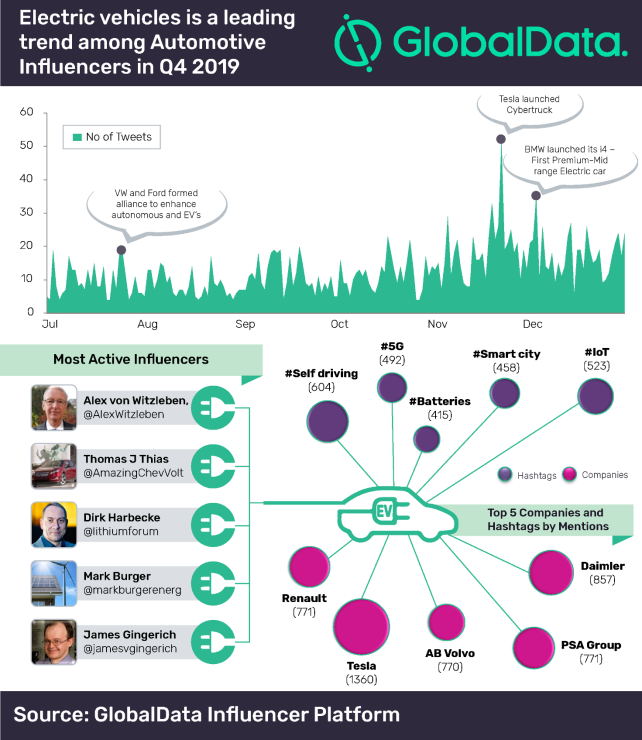 Among companies, Tesla appeared as the most discussed company, led by the conversations related to its Cybertruck launch and Giga-factory, which delivered its first electric car in China. Other mentioned companies include Daimler, Renualt SA, PSA Group and AB Volvo.

Animesh concludes: “Having said that, it would not be a surprise if the topic loses the top spot in Q1 2020. COVID-19 is disrupting the supply chain across markets and the top theme of discussion in Q1 2020 should be ‘automotive supply chain’. Since China is a major supplier of electric vehicle components and is on the forefront of battery technology, EVs will continue to be discussed even during this phase.” 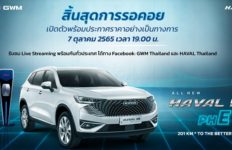 The Wait is Over! Great Wall Motor’s Official Launch and Price Announcement of All New HAVAL H6 Plug-in Hybrid SUV Slated for October 7, 2022→ 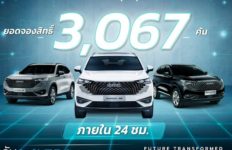 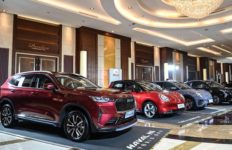 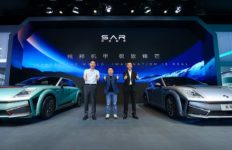