Leading American leisure motorcycle manufacturer Harley-Davidson® (H-D™) announces the successful conclusion of the inaugural “Harley–Davidson Battle of the Kings” (BOTK) in Thailand, with all nine dealers in the country taking part in this national bike customization challenge.

The winning H-D dealer explained, “The inspiration for this bike is “living a Harley® life”, from owning and building choppers, racing and to celebrating the close relationship between H-D dealers and their customers.  The team decided to customize this bike to harmonize the ideas of both old and new generations, just like the evolution of the Softails. The black color scheme brings back an image of choppers and black leather jackets, while the gold counter-color presents the idea of a crown which befits The Prince”.

Second place went to Harley-Davidson Phuket for their entry “Rusty”, which combines the local soul of Phuket into the bike. Harley-Davidson® of Phuket reached deep into their local spirit and produced an instant classic for this year’s Battle of the Kings by bringing out the unique charm of a rust-inspired design, which conspires to create a cross-generational work of genius. A  Forty-Eight™ is an obvious choice to explore Phuket for its beautiful surroundings and adventures into daily life. The weather in Phuket consists of mainly summer and rainy seasons, but in this kind of climate rust can easily form on metals. To most people, rust is not beautiful. The challenge was to create a beautiful depiction of rust and reflect the story of Phuket. By combining the “Brass Collection” with a rust-theme custom paint application, the bike reflects the unique style and history of the island.

Third place went to Harley-Davidson Khon Kaen with a bike named “Poise”, featuring a paintjob completed in collaboration with Japanese artist Masaya Narita. Poise by Harley-Davidson of Khon Kaen is unashamedly old school. “Dok Koon” or Cassia fistula, known as the golden rain tree, is Khon Kaen’s flower. Yellow is the color of the local showroom building, and it is also the respective color of Khon Kaen province. As the sun shines through Khon Kaen City gate, the golden yellow rays represent a bright future and success for the city. The brass accents of accessories used on POISE also compliment the theme, and add a vintage twist to the modern era Milwaukee Eight-powered Softail™ Street Bob™. A mixture of old-world look with new technology (without compromising comfort and everyday rideability) is what won this bike the coveted BOTK runner-up spot.

BOTK is a contest known around the world for giving rise to some of the most innovative, beautiful, and memorable creations in customized bike designs. The rules are that the final creation must be road-worthy and within the customization budget of 300,000 THB. In addition, 50% of these parts must be sourced from H-D Genuine Parts & Accessories. Thailand BOTK features three base models – Iron 883™, Forty-Eight™ and Street Bob™.

For an inaugural showing in Thailand, the online component of ‘Harley–Davidson Battle of the Kings’ was a massive success, with total votes at 20,025. The Prince will go on to challenge winners of the other BOTK’s around the world, thereby fostering a spirit of competitive collaboration among dealers globally. The selection and crowning of the overall 2018 Custom King will then take place in November at the EICMA show in Milan (Italy)Across the globe, close to 300 H-D dealers had taken part in one of the biggest custom competitions ever.

“Thanks to our Harley-Davidson dealers for creating these nine beautiful bikes”, said Mr. Thanabodee Kulthol (Mark), Country Manager, Thailand. “H-D is well known for legendary customization, and Battle of the Kings serves as a massive international proof point. BOTK uses the same three models as the blank canvas, so dealers were able to create nine amazing motorcycles, each with their own theme and character. This really personifies our dealerships; the H-D Genuine Parts and Accessories catalog is deep and wide-reaching, offering bikers a vast selection of genuine parts that can be seen on all of the BOTK entries. HD owners can be the King of their own garage and create their own masterpiece. We encourage bike lovers to visit their closest H-D showroom and make something special of their own”.

Harley-Davidson in Thailand now has nine showrooms, all wrought to emphasize the brand’s ideals of individuality, freedom and expression. Riders can choose from a huge range of genuine parts and accessories and get hold of H-D merchandise whilst at any of the showrooms. 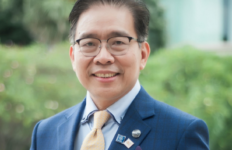 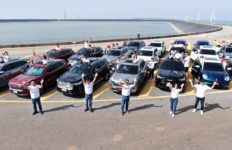 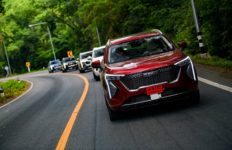 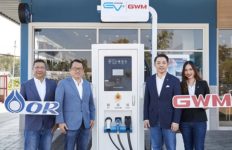