Renault-Nissan-Mitsubishi alliance is set to increase investments in electric vehicles (EVs) and launch 30 BEVs by 2030 across five common platforms.

The investments in shared platforms and standardization of batteries across models will help the three brands to achieve economies of scale and enhance their competitive position in the global EV market. This alliance can prove to be a boon for the Asia-Pacific (APAC) market as it will cross-border technology and new products that are cost efficient, says GlobalData, a leading data and analytics company.

However, an official statement from the auto alliance remains due which is expected within this month. According to reports, the alliance would invest US$23bn over the next five years on EV development and batteries, up from the estimated US$12bn earlier invested.

Bakar Sadik Agwan, Senior Automotive Consulting Analyst at GlobalData, comments: Traditional automakers have been gearing up themselves against the disruption caused by new technology companies in vehicle electrification such as Foxconn, Baidu, Sony and others. The Renault-Nissan-Mitsubishi alliance has been already working on a shared business model to utilize individuals’ core expertise and capabilities to enhance competitiveness and profitability. Shared resources will help traditional automakers to withstand the new open EV platform business models introduced by technology companies.

“Alliance has benefitted the three brands with shared manufacturing, OEM supply agreement, co-development of future technologies Development of a new EV platform will be an addition to the existing four common EV platforms namely CMFB-EV, CMF, Mini Cab, and P1 as per GlobalData records. These platforms are categorized as low-cost/economy and likewise, the new platform is also expected to focus on compact EVs – one of the most lucrative segments.”

Apart from the common platform, the alliance aims to standardize and share batteries, battery technology and other components for its EVs to come. The investments would intensify the alliance’s electrification pace and bring down the costs. The companies aim to halve battery manufacturing costs and make EVs as affordable as their gasoline-powered counterparts.

The Renault-Nissan-Mitsubishi alliance is a global leader in EVs, the sales group collectively sold over 236K BEVs in 2021 as per GlobalData which is 5% of global BEV sales in the year. The group leads the compact BEV space with its Nissan Leaf and Renault Zoe.

Agwan concludes: “The development would help group companies within Nissan, Renault and Mitsubishi to achieve their individual electrification and carbon neutrality targets. Nissan earlier announced 15 BEVs by 2030 and would make half of its vehicle mix electric. Similarly, Renault aims to be 100% electric in Europe by the same time and aims to launch 10 new EV models by 2025.” 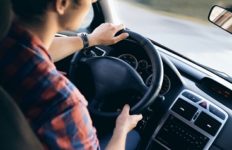 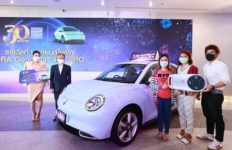 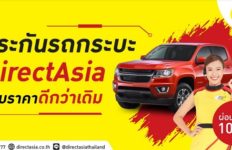