“Rolls-Royce has always attracted a unique breed of outliers, visionaries and iconoclasts. We are proud to provide these men and women with a perfectly engineered canvas upon which they can express a subversive and confident projection of their success.

“Black Badge represents a natural evolution for a brand that is defined by a culture of collaboration with its clients. Black Badge is not a sub-brand. It is an attitude that represents an authentic and confident response to the desires of a new group of clients who proudly practise bold self-expression.”

At 13:00 BST on 28 October 2021, Rolls-Royce Motor Cars CEO Torsten Müller-Ötvös will announce a new product in the brand’s portfolio. Ahead of this statement, the marque reveals an unexpected history of subversion within Rolls-Royce, including the creation of Rolls-Royce’s alter ego: Black Badge.

In addition to the extraordinary origin story of the marque’s permanent Bespoke series of motor cars – which now account for 27% of Rolls-Royce commissions worldwide.

Non conformity is not a new concept at Rolls-Royce. The very foundations of the company represent a wilful challenge to what was perceived to be possible – or even polite – as founders Sir Henry Royce and C. S. Rolls both rejected the destiny of their births. Royce ascended from humble beginnings to become an engineering giant of his times, creating motor cars for and with the gentry. Rolls, an aristocrat, wore white-tie spattered with oil to grand Cambridge University occasions, earning him the moniker ‘Dirty Rolls’.

Today, ‘disruptor’ has become the popular label for those who refuse to adhere to established conventions. This attribute has made fortunes, slain great institutions and even challenged the very notion of currency. Had the term existed in the early 20th century, Rolls and Royce would have been among the era’s arch-disruptors. Through an agonising pursuit of perfection, they proved that a car could credibly replace the reliability and frugality of a horse and carriage.

Though wildly different in character to Rolls and Royce’s approach and legacy, individuals such as John Lennon, Karl Lagerfeld, Sammy Davis Jr, Sophia Loren and today’s young pioneers in technology, embedded intelligence, fintech and big data are all bound by their rebel spirit.

The case for Black Badge – the marque’s first permanent Bespoke series of motor cars – as an authentic and contemporary response to the current generation of this legacy, could not have been clearer.

THE BIRTH OF BLACK BADGE

Before considering Black Badge, it is vital to understand the roots from which it grew, and the trajectory Rolls-Royce took following the relaunch of the brand in 2003. The Goodwood era began with Phantom in 2003: a pinnacle saloon motor car that artfully recalled the grandeur and imperviousness of its forebears. Following Phantom’s launch and subsequent success, the marque’s specialists listened to a new tone of feedback. Clients requested a less formal expression of brand, which summoned the introduction of Ghost in 2009, the motor car that went on to become the best-selling Rolls-Royce in history.

Following the success of Ghost, Rolls-Royce consolidated the revival of the marque by attuning itself to the very different desires of an ascendant generation. These women and men demanded even more dynamic motor cars. Wraith, a gran turismo that channelled the more urgent nature of Rolls’ spirit was later followed by the all-terrain Cullinan – itself a pure expression of the marque, reimagined not just for a new client, but for a new purpose. Together, these cars, along with the introduction of a seductive drop-head coupé, Dawn, redefined Rolls-Royce’s ever-younger customer base, driving the company to unprecedented commercial success and injecting vibrancy and a renewed sense of purpose into one of the world’s most revered institutions.

The clients who came to Rolls-Royce in this bold new era were drawn from new industries and geographies. Their success was defined on their own terms. It is only natural that they sought to project their newfound liberty with the same contrarian spirit that had served them so well during their ascent.

The execution of this new vision fell to Rolls-Royce’s Bespoke Collective. Increasingly, these experts within the marque were being asked to create cars that countered the expected codes of luxury. The decorative mastery of traditional materials such as lacquered woods gave way to more technical and contemporary expressions of craftsmanship. Exhaustively engineered technical fibres, aircraft-grade aluminium and starker colourways defined a confident new interior aesthetic.

Bespoke had become as much a part of Rolls-Royce as the motor cars on which it was overlaid. But it was through this global archive of commissions that one clear pattern emerged: a desire to respectfully subvert Rolls-Royce. Indeed, this realisation was confirmed following a chance meeting between Rolls-Royce Motor Cars CEO Torsten Müller-Ötvös and a client who had tasked an outside tuning house with cloaking his Wraith in black chrome and darkened wheels.

This tallied with what Müller-Ötvös had experienced during several meetings with individual clients who commissioned their own “darker” Rolls-Royces and confirmed the requirement for a sanctioned answer to this new movement. These clients did not believe Rolls-Royce would agree to their wishes. They were misinformed. The brand’s contemporary success is defined by a willingness to listen, participate and define changing cultures and norms. Black Badge was born.

As Rolls-Royce’s clients became younger, more dynamic and diverse, so did the scope of inspiration. The marque’s specialists recognised a movement in fashion and haute couture that was channelling a similar spirit, one that celebrated the tension between non-conformity and design tradition. Inspiration was frequently drawn from classic garment silhouettes but led to a fresh and contemporary mood through dark yet innovative materials, often accented with a flash of bold colour.

The ultimate expression of future-facing style; stripped of excessive decorative effects and pared back to its innate graphic force, this aesthetic represents restraint, intellect, discipline and a way of living in an increasingly complex world. It also captures the spirit of Post Opulence in a turbulent post-pandemic world. In our hyper-stimulated, kaleidoscopic era, enhanced by AI and VR, it has come to represent a place of rest and precious privacy. From black-screen mode to blackout eye masks or simply lying in the dark under the stars, we universally appreciate the value of retreating into our own personal void.

Similarly, at Rolls-Royce, colour palettes that deferred to heritage were replaced with a darker aesthetic that communicated presence without distracting from the motor car’s silhouette. While black products have reflected a traditional code of luxury, particularly in fashion, Rolls-Royce’s designers now work to subvert it through the injection of bold colour. In the same way that Chanel’s little black dress has evolved, Rolls-Royce’s clients have become increasingly bold, integrating neon flashes with the noir mood of Black Badge.

For the first time, a Bespoke response to changing customer demand was expressed with equal weight by the engineering team as by the design collective. These new individuals sought more immediacy and dynamism. Rolls-Royce responded with uprated power, brakes, suspension and by allowing into the interior suite a little more of the aural character of the V12 powertrain.

This deeply authentic, holistic approach reflected the changing environments in which a Rolls-Royce operates, from country estate to night-time urban playground. Indeed, it is through Black Badge that the marque came to define the pinnacle of this new way of living and channel the spirit of its founders, disrupting itself to thrive in times of unprecedented change.

The next chapter in Black Badge’s remarkable history will be announced at www.rolls-roycemotorcars.com 13:00 BST on 28 October 2021. 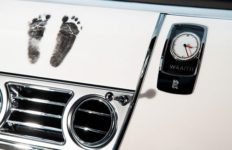 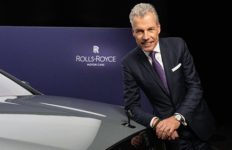 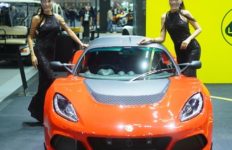 The return of Lotus Cars in Thailand has shifted the premium sports car market up a gear with the first-time unveiling the Lotus Elise & Exige at the Motor Expo 2021.→