Motorists are being urged to brush up on their motoring lingo before their next trip to the garage to help understand their bill.

The car rental experts at StressFreeCarRental.com have compiled a list of some of the most important terms in a bid to help educate drivers on their motor vehicles.

Although many drivers have the privilege of owning a car, a surprising number are unaware of their key components and can therefore feel overwhelmed when they check their receipt from the garage.

Some car related words are pretty self-explanatory; however, the more complex terms can leave drivers in a muddle when trying to work out what they really mean.

A spokesperson from StressFreeCarRental.com commented: “Being aware of what is going on underneath the bonnet is extremely useful in ensuring that the correct problem has been fixed and you’re not being overcharged.

“Not only this, but the more you know about your car, the more likely you are to be able to fix any problems yourself. We’re encouraging drivers to educate themselves not only to save them money but ultimately to keep them safe.”

This refers to the Anti-Lock Braking System – the system that takes control of your brakes when it senses that your wheels may lock up and cause skidding. The ABS rapidly applies and releases your brakes, to help give you steering control under heavy braking.

An automated vehicle speed management system that can identify traffic ahead and alters the car’s speed accordingly. This could also be referred to as ‘intelligent cruise control’.

AWD
All-wheel drive. This means that power is sent to all of the wheels of the car. AWD cars can either be permanent, where power will always be sent to each and every wheel, or switchable. The latter means that power is primarily fed to two wheels, but can be fed to all four when a slip is detected. Some manufacturers refer to this as 4×4, or 4WD.

A Diesel particulate filter, traps and stores any soot that is given off by a diesel exhaust. This is in order to reduce the emissions of diesel cars.

Double Overhead Camshaft – is a modern engine design with two camshafts instead of one. These are positioned at the top of the cylinder heads, and ultimately make the car more powerful and efficient than an engine with a single overhead camshaft.

The brake calliper is the part of the brake that squeezes the brake disc when you press the brake pedal, slowing the rotation of the wheels.

The cam belt is a rubber belt that controls the timing of certain aspects of a cars engine. Manufacturers often make a recommendation to change the cam belt after a certain amount of miles. This can be a very costly part to repair if it breaks.

The catalytic converters turn the harmful emissions (e.g. carbon monoxide, nitrogen oxide) given off by the exhaust into less harmful gases or water vapour.

The base frame or carriage of a car, consisting of the frame on which the body is mounted.

Also known as speed control, cruise control is a system that automatically controls the speed of a car – often employed on motorways. Drivers can set their desired speed (a series of buttons often located on the steering wheel)

The fan belt uses the engine to drive things such as the alternator and water pumps. Fan belts tend to stretch and sometimes even fall off, so might need adjusting or replacing periodically.

This is a metal disk that provides power to and from the engine and transmission. Pretty much every motor vehicle has one of these.

An immobiliser is a piece of electronic theft prevention equipment that is wired into your car’s engine and ignition system. When the immobiliser is active, you can’t start the engine – even with the key.

A complicated spring setup at each corner of the car that allows the wheels to move independently of the chassis, reacting to bumps and unevenness in the road.

The patterns cut into the rubber on car tyres. When the tread wears down, tyres provide less grip, which is why there is a legal requirement to have a tread depth of at least 1.6mm across the central 75% of the width of your car’s tyres. 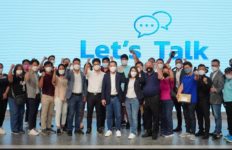 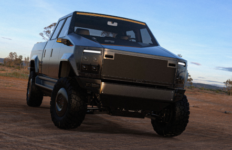 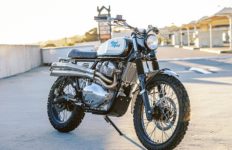