The global railway projects pipeline is worth US$5.67 trillion, according to leading data and analytics company GlobalData.

GlobalData’s report, ‘Project Insight – Global Railway Construction Projects’, highlights that the Asia-Pacific region, where urbanization continues to put a strain on transport infrastructure, accounts for a large portion of the total, with a pipeline valued at US$3.28 trillion. Europe’s project pipeline amounts to US$982.9 trillion, ahead of the Americas with a value of US$764.8bn and the Middle East and Africa with US$642.1bn.

The global railway projects pipeline is well advanced, with projects at the pre-execution and execution stages valued at US$3.14 trillion, around 55% of the total. Assuming all projects tracked go ahead as planned, annual spending will reach US$735bn in 2021 and then US$792bn in 2022.

In the period 2020-2024, assuming all projects complete on schedule, the pipeline of projects will add over 172,000km of new railways to the global network. Conventional commuter railway account for the largest share, at over 92,700km, followed by around 49,000km of high-speed railways.

The total value of high-speed railway projects in Europe stands at US$391.8bn. This includes the controversial High-Speed 2 (HS2) project in the UK. Preparatory works on phase 1 of this project are already underway, and the UK Government gave its full backing for the project in February 2020 despite concerns over rising costs.

Richards adds: “Railway infrastructure will continue to be a priority for China, where GlobalData is tracking a railway projects pipeline with a total value of US$1.84 trillion.”

In the Americas, nearly 35,000km of railway length will be added or improved between 2020 and 2024, based on the assumption that all projects will be completed on time, with Brazil alone scheduled to build or rehabilitate about 25,000km of railways during that period, followed by the US with 10,612 km, and Mexico with 2,537km.

Based on the projects tracked by GlobalData, the Middle East and Africa region should deliver 35,262km of railways between 2020 and 2024. Saudi Arabia accounts for the highest value of the project pipeline, with a value of US$92.4bn, followed by Israel with projects valued at US$86.7bn. 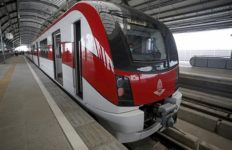 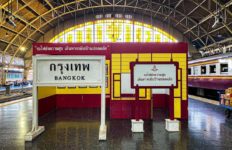 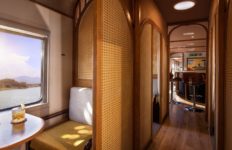