Vietjet signs 100-airplane deal with Boeing and engine support agreement with General Electric worth US$18 billion in total, on the occasion of the United States – North Korea Summit, witnessed by Vietnamese and US presidents 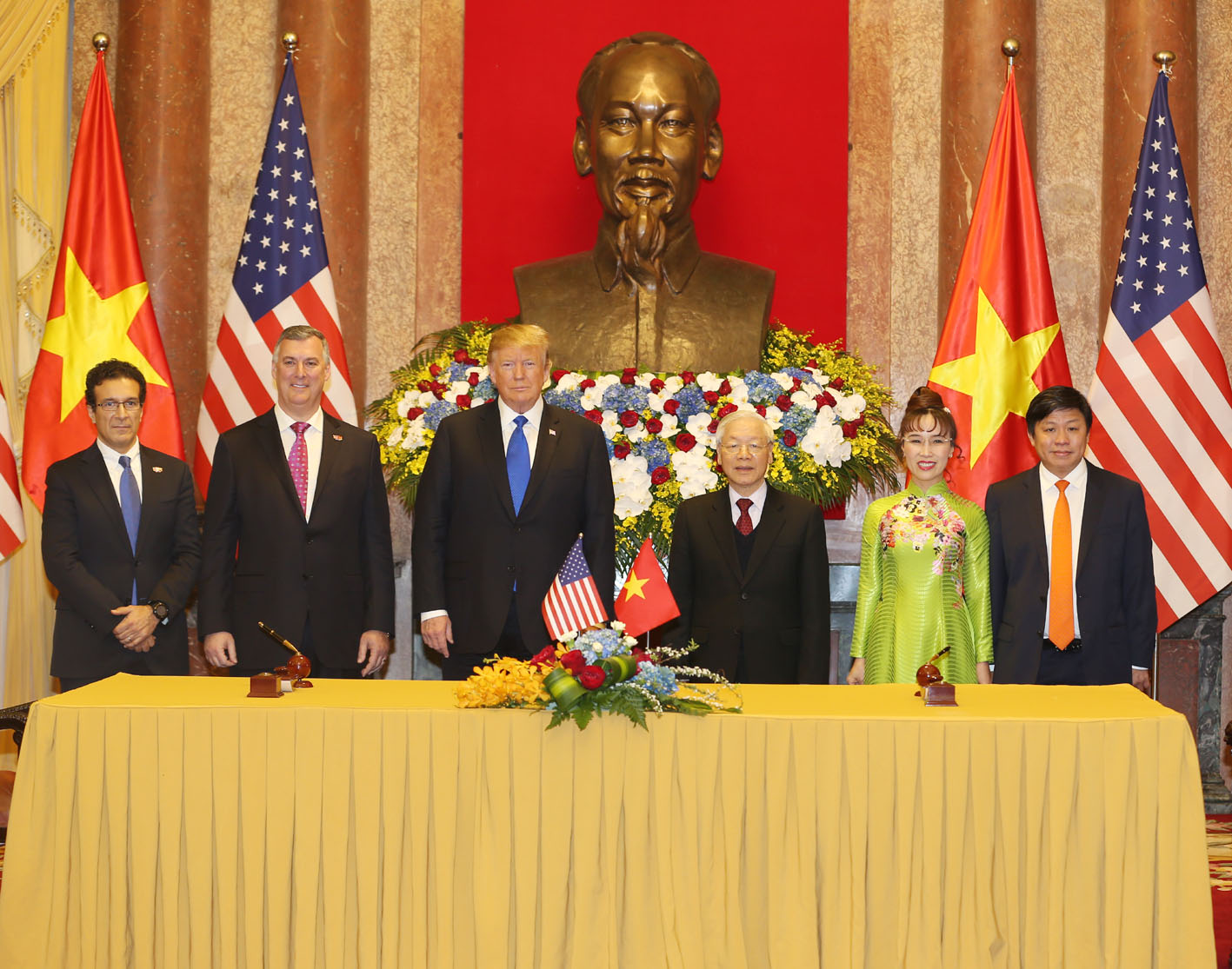 At midday today at Vietnam’s Presidential Palace in Hanoi, the new age carrier Vietjet and the airplane manufacturer Boeing Company officially signed a deal for purchasing 100 new 737 MAX airplanes worth around THB400 billion (US$12.7 billion)- according to the manufacturer’s list prices, increasing the airline’s total order of Boeing to 200 airplanes at the moment. Speaking at the ceremony, Boeing Commercial Airplanes President & CEO Kevin McAllister said, “We are pleased to expand our partnership with Vietjet and to support their impressive growth with new, advanced airplanes such as the 737 MAX. We are confident the MAX will help Vietjet grow more efficiently and provide great travel experiences for their passengers. We are proud to support this economic development, which in turn supports engineering and manufacturing jobs in the United States.”

Vietjet President and CEO Nguyen Thi Phuong Thao said, “The deal for 100 new airplanes and other agreements for 200 B737 MAX airplanes today are important moves for us to meet our international flight network expansion plan with a higher capacity, thus offering our passengers more exciting experiences when being able to fly to more new international destinations.”

The Vietnamese airlines Thailand-based subsidiary, Thai Vietjet Air Joint Stock Company Limited, operates a growing flight network in Thailand and Vietnam. A dynamic company of over 600 employees that began offering flights in 2015, Thai Vietjet operates five major domestic routes in Thailand and 12 international routes linking Thailand to Vietnam, China and Taiwan. Operating a young fleet of Airbus A320s and A321s, the airline plans to add eight to 10 aircraft every year and extending its network to destinations in ASEAN, Korea, Japan, Hong Kong and beyond.

In addition to airplane purchases, Boeing will partner with Vietjet to enhance technical and engineering expertise, train pilots and technicians, and improve management capabilities at the airline and in Vietnam.

Vietjet and General Electric also signed a long-term Engine Support Agreement today, to equip aircraft with LEAP-1B engines, which is valued at US$5.3 billion – according to the manufacturer’s list prices. The agreement includes spare engines and support packages to facilitate the airline’s already-ordered new and modern aircraft. Thus, the total value of signed deals between Vietjet and US companies on this occasion will reach US$18 billion.