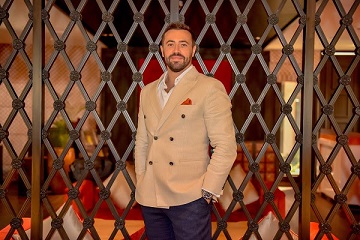 Anantara Hotels, Resorts & Spas announces four executive appointments in its portfolio of luxury properties in Asia, the Indian Ocean and Middle East. The brand welcomes new General Managers at resorts in Vietnam, Sri Lanka, Qatar and the UAE, three of whom are seasoned Anantara hoteliers and one new addition to the team.

Erik Billgren is appointed General Manager at Anantara Mui Ne Resort in Vietnam. A new member of the Anantara team, Erik brings with him over a decade of hospitality experience and property management of luxury, award-winning hotels, resorts and residences in Vietnam.

He began his career in 2005 as International Management Trainee – Assistant Food & Beverage Manager for Life Heritage Resort, and Swiss-Belhotel Golden Sands Resort in Hoi An, Vietnam. Between 2006 and 2010, he was promoted to Food & Beverage Manager, then Assistant Resort Manager, and ultimately General Manager for Life Heritage Resort, Hoi An, which is now known as Anantara Hoi An Resort.

Staying in Vietnam, in 2012 he joined The Ocean Resort, VinaCapital, Da Nang, as General Manager/Property Manager. Between 2010 and 2020, he was also the Owner/Director of Waterfront Restaurant & Bar in Da Nang, one of the city’s top three restaurants. Prior to joining Anantara, Erik worked as Hotel Manager, New World Hoiana Hotel & Residences, Hoi An.

A seasoned hotelier, João started his career in hospitality in 1996 with ENATUR – Pousadas de Portugal, a government enterprise for small luxury, traditional or historical hotels, and has since held senior management positions with Lisboa Regency Chiado Hotel and Tróia Resort in Portugal, as well as Hotel Timor in Dili, the capital of East Timor.

João joined Anantara in 2015 as General Manager at Anantara Lawana Koh Samui Resort in Thailand, including overseeing a full renovation and relaunch. Prior to that he was based in his native Portugal working with sister brand Tivoli Hotels & Resorts, where he was Cluster General Manager at Tivoli Palácio de Seteais and Tivoli Sintra Hotel. In May 2018 João moved to Brazil as General Manager, Tivoli Mofarrej São Paulo Hotel.

Gauderic Harang re-joins Anantara overseeing the three award-winning Anantara Sir Bani Yas Resorts in the United Arab Emirates as the new General Manager. He moves from Six Senses Zighy Bay Oman where he was General Manager and prior to that he held the position of GM at one of Anantara’s global flagship properties – Anantara Golden Triangle & Elephant Camp Resort in northern Thailand.

Gauderic’s career began in France at Plaza Athénée Paris, followed by several other positions in his native France. In 2013 he relocated to Thailand to join Swissôtel Resort Phuket, before moving to Fairmont Le Manoir Richelieu in Canada, both positions as Director of Operations. In 2016 he joined Anantara taking the position of Resident Manager for Anantara Dhigu, Anantara Veli and Naladhu Private Island in the Maldives, stepping up as acting General Manager before moving back to Thailand as Resort Manager at Anantara Golden Triangle. There he was promoted to General Manager in 2019. Gauderic holds an MBA in Hospitality Management from ESSEC Business School.

His hospitality experience began in the UK with Millennium Hotels before he moved to Malta with Corinthia Hotels. With this hotel group Mohammed spent time working in properties in Russia, North Africa, the UK and Eastern Europe, undertaking various roles and demonstrating his skills across all areas of hotel operations.

His journey with Anantara began in 2015 at this same unique island property in Doha where Mohammed held the position Hotel Manager. He then moved to Thailand as Hotel Manager at Anantara Siam Bangkok Hotel. In early 2020 Mohammed was thrilled to move to his home country of Oman in his most recent position before moving back to Qatar.

Banana Island Resort Doha by Anantara sits on 800 metres of golden beach just off the coast of Doha, with an impressive range of facilities and luxury accommodation options. In his new position Mohammed oversees the resort’s daily operations, strategic planning and ensuring the highest level of services, and will lead the team into 2022, FIFA World Cup year and a key year for Doha and the country of Qatar. 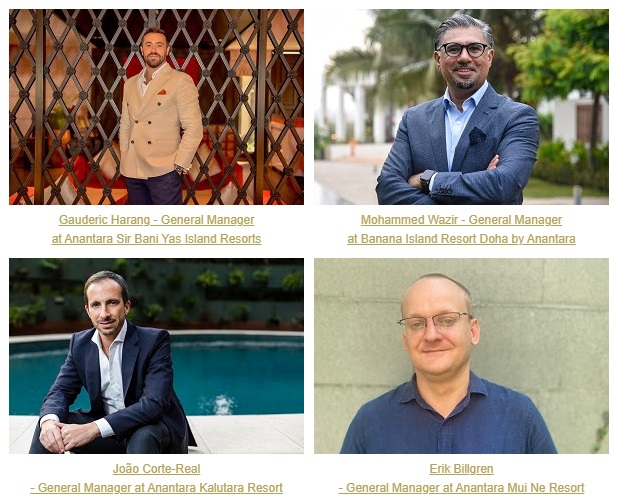