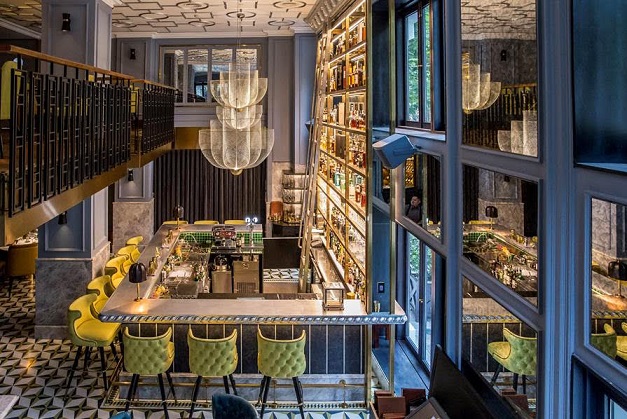 Sofitel Legend Metropole Hanoi has transformed into a winter wonderland ahead of the Christmas season under the theme “A Nutcracker Fairy Tale,” decorated with sparkling lights, a towering tree strewn with ornaments, and elegant, traditional nutcrackers, bringing the holiday to life with renowned French sophistication and joie de vivre.

Marking the holiday spirit in its 122nd year, Vietnam’s most storied hotel has unveiled a series of exclusive meals as part of its festive culinary program. Many of the meals include optional wine and champagne pairings.

Throughout the Christmas and New Year season, the Metropole will host special dining events at the newly refurbished modern French fine dining restaurant Le Beaulieu, in addition to Le Club (home to the hotel’s famed Afternoon Tea and evening jazz), angelina (cocktail bar, whisky lounge and rustic New World cuisine), and “A Wonderland by Le Beaulieu,” the redecorated Spices Garden venue with a terrace overlooking the garden and hotel pool.

Christmas Eve. Four special Christmas Eve dinners are on offer at the Metropole on Dec. 24, with prices ranging from VND 2.9 million to VND 6.3 million.

Christmas Day. On Dec. 25 the hotel will host a brunch and a series of dinners at its restaurants, ranging in price from VND 1.9 million to 5.4 million.

December 30. A special New Year “Warm Up” Dinner will be served at angelina from 7pm priced at VND 2.2 million or 3.1 million with cocktail pairing.

New Year’s Eve. With prices ranging from VND 3 million to 6.6 million, gala dinners will be the order of the evening as the world prepares to usher in 2023, including:

Accor Plus members receive a 10% reduction for all events. All prices exclude 5% service charge and 8% Value Added Tax. There is no charge for children under 6 years of age. Children between the ages of 6 and 11 receive a 50% reduction, while children 12 and older will be charged as adults.

For more information on holiday dining options, please contact the hotel food and beverage office or the festive reservations desk at +84 24 3826 6919 extension 8215 or via email at h1555-fb6@sofitel.com. Bookings may also be made directly online at www.sofitel-legend-metropole-hanoi.com 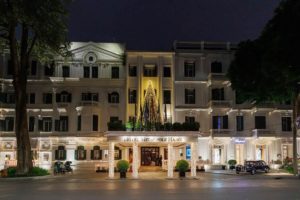