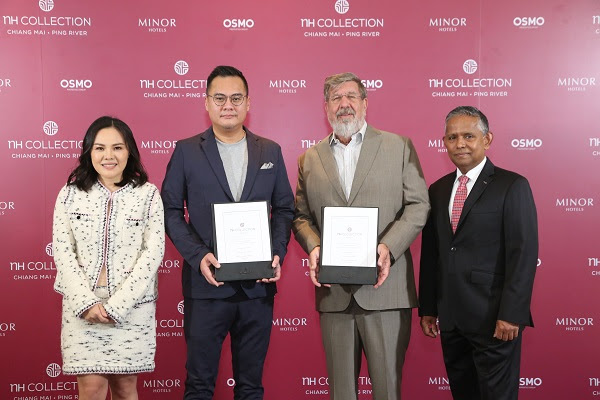 Minor Hotels (MH) the parent company of NH Collection Hotels, is bringing a captivating heritage-inflected resort to the heart of Chiang Mai.

NH Collection Chiang Mai Ping River, as the new development will be known, is located on the picturesque bank of the Mae Ping River and will become NH Collection’s first property in Asia when it opens in Q1 2023.

Occupying two low-rise buildings right on the riverbank, the resort will be integrated into nature and the surrounding tranquil riverside landscape. In addition to 79 rooms and suites, some with private swimming pools, the new NH Collection will also feature a swimming pool and deck, a multipurpose space combining a restaurant, cafe, art space and bar, and a fitness centre. Right across the river lies the temple-filled Old City with its trendy art galleries, craft shops and numerous dining options, while the Chiang Mai International Airport is only 4 kilometres away.

A partnership between Osmo Ping River, a subsidiary of Osmo Properties Group and Minor Hotels, the development marks a debut of the NH Collection brand outside of Europe and Latin America, where the upper-upscale chain has 93 hotels housed in authentic and unique landmark buildings, carefully conceived with an eclectic-elegant atmosphere, historical references and an eye for the arts.

To build a cohesive visual narrative, Narong Othavorn, Principal Architect at SO Architect’s drew inspiration from the romance surrounding the golden era of travel when western adventurers journeyed to the farthest corners of the world as journalists, archaeologists, missionaries, or simply intrepid explorers. More specifically, they turned to local history by spotlighting Daniel McGilvary, an American missionary-statesman and scholar who lived and worked in Chiang Mai in the late 19th century. The resulting design concept marries Eastern mysticism and Western spirit of exploration.

Honouring McGilvary’s legacy, the moody and eclectic McGilvary Bar features antique whiskey glasses on silver trays, banker’s lamps and a selection of antique curios. The bar’s design decisions mix classic and modern touches, including a hand-painted mural and locally crafted fixtures to reflect a timeless aesthetic the brand is known for. The adjacent café embraces modernity with luxe bubble-couches, minimalist details and clean lines. Connecting the two venues is the Ping Hill Gallery — a winding archway of fluted surfaces and undulating walls that will showcase contemporary Thai art on rotation. Outside by the river, 19th-centure passion for adventure and fascination with expeditions are celebrated at a breezy campsite, with folding campaign chairs strewn on a grassy patch under tropical fronds.

Nestled into the mountains of northern Thailand, the laid-back city of Chiang Mai is one of the most visited destinations in the country known for long, storied history of traditional craftsmanship. The inauguration of Chiang Mai’s contemporary art museum has further cemented the city’s reputation as an art hub. Founded in 1296, Chiang Mai was capital of the independent Lanna Kingdom until 1558, and the Old City area still retains vestiges of walls and moats as well as hundreds of elaborate Buddhist temples reflecting the city’s importance as a cultural and religious centre. In addition to cultural pursuits, such as visits to artisan villages and

mountain hill tribes, guests can immerse themselves in nature with trips to hot springs, natural parks and waterfalls.

“NH Collection Chiang Mai with its riverside location minutes away from the Old City, is a singular venue surrounded by history, culture and nature,” said Dillip Rajakarier, Chief Executive Officer, Minor Hotels. “Every NH Collection experience is based on our promise to connect guests with the city’s soul, so getting the destination right was extremely important for our first NH Collection property in Asia. Together with our partner Osmo Ping River we look forward to giving the city of Chiang Mai a truly standout property that will speak of its standing as Thailand’s centre of creativity.”

“We are confident that Thailand will reclaim its position as a top tourism destination, especially Chiang Mai which is blessed with natural beauty, cultural diversity, local cuisine and a pleasant climate in the cool season that has made the city popular to both Thai and international guests. It is our honour to partnered with Minor Hotels on the first NH Collection in Thailand. We are excited to work with local Chiang Mai craftsmen in incorporating art, culture and lifestyle of Lanna people into the design of this first luxury hotel brand, which is already well established in Europe,” concluded Mr. Jirath Pavaravadhana, Chairman of Osmo Properties Group. 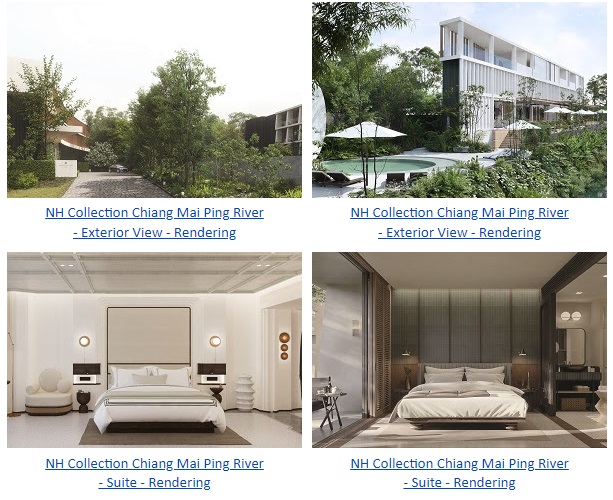