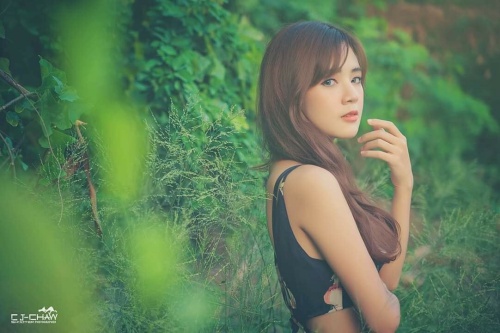 Nimo TV, a global game livestreaming platform acknowledges the contribution female gamers make to the industry. From Newzoo.com (e-sport earning) survey said that there are more than 2 billion gamers worldwide, half of whom come from the Asia-Pacific region. Despite the dominant perception that most gamers are men, the ratio of male to female gamers is balanced. Women make up 46% of those playing video games, and 70% of mobile gamers. The games women prefer to play are not those dripping with machismo and bristling with weaponry, instead they are drawn to adventure and puzzle formats.

Nimo TV is proud to showcase its top female streamers, all of whom have personalities big enough to match their epic gaming skills. Miffy, also known as Mook, is a new comer to Nimo TV. She is an e-sports player and the only female in the legendary ‘Bacon Time Team’. Miffy and her team have won multiple titles, including ROV Throne of Glory 2017 and ROV Pro League 2018. Miffy is passionate about gaming, always finds time for her practices, and sets a great example for all Thai youth. Jasminniiz, or Jasmin, is the queen of PUBG. Known for her lethal ‘HEADSHOTS’, which have earned her the nickname Savage, she has more than 20,000 faithful followers on her Nimo TV channel.

Last but not least is Nimo TV’s new and upcoming female streamer Nannii, whose Nimo TV nickname is BN°×NANNII. This young lady is becoming more popular by the day. Nannii had originally been a fan of the Pinto Gaming team, the hottest e-sports team in the business. When the Pinto Gaming team moved to Nimo TV, Nannii followed them, later creating her own channel. Though she does not have the skills of Miffy or Jasminniiz yet, she says the Nimo TV community is the only one that was supportive and friendly, enabling her to play, learn and earn from the get-go.