The Return of the World’s Wettest Festival 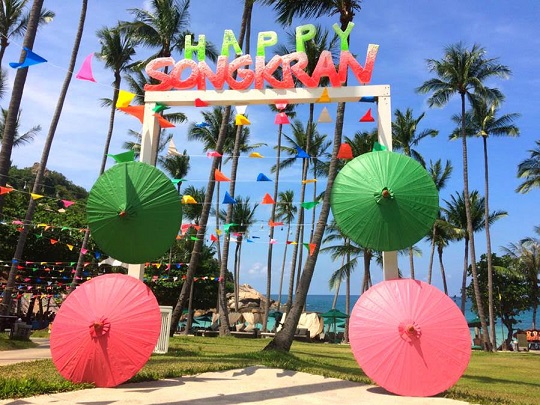 Suspended due to Covid for the past two years, the people of Thailand will be in a celebratory mood this Thai New Year when they take to the streets to make merit, join parades, and of course, go slightly delirious with water fights.

The annual Songkran Festival is back, and it will be wet n’ wild all across Thailand from April 13-15.

For those who prefer to keep their feet on dry land for this holiday, here are a few luxury escapes:

This idyllic getaway is tranquil, refined and isolated – everything you need to bodyswerve the pandemonium of the water fights. But that’s not saying there won’t be fun: Banyan Tree Samui is planning three days of frivolity for all the family, beginning on April 13 with a Splash Party on the resort’s exclusive beachfront, including free-flow drinks, snacks and ice-cream. (Price: 799THB per head; free for children under 12) The following evening, a street market will be set up on the beachfront lawn. Entertainment will include the traditional Lao Kratop Mai folk dance with bamboo rods (Price 1,550 nett per person; free for kids under 12). Finally, on April 15, a High Tea Buffet will be rolled out at Saffron Restaurant, perched high above the resort and commanding a spectacular view of the sea.(Price: 1,550 THB nett per couple, including a complimentary Sanctuary Day Pass). And throughout the week, Saffron Restaurant will host a special 5-course set menu every evening, featuring authentic Thai cuisine (2,100 nett per person). For reservations and inquiries,email: samui@banyantree.com, or call 077-915-333.

The first five-star hotel to debut in Chiang Mai since the onset of the global pandemic, Meliá Chiang Mai will make a splash when it opens its doors for business on April 10 this year. The urban hotel, that towers over the Ping River and bustling Night Bazaar, is celebrating its first Songkran with a special promotion for Thai residents and expats. Anchored by a two-night stay in a Meliá Room, Meliá Chiang Mai’s offer includes daily breakfast for two, a roundtrip airport transfer from and to Chiang Mai International Airport, and a complimentary cocktail for two at 360-degree rooftop bar Mai The Sky Bar. Like a jewel in a crown, Mai The Sky Bar on the hotel’s 22nd floor features two bars connected by a glass bridge and affords spectacular views of the River Ping to the city’s east and famed Doi Suthep Temple on the mountaintop to the west. As part of the promotion, one child below 12 years of age stays for free inclusive of breakfast. With a booking period from now until April 16, and a stay period from April 10-30, the Songkran offer is priced at THB 4599 nett per room, that is then priced at THB 2760 nett when the We Travel Together campaign is applied. Email reservation.chiangmai@melia.com or call 052 090 699.

Ready to make a splash when it opens its doors for business on April 10 this year, urban hotel Meliá Chiang Mai is celebrating its first Songkran with a special promotion for Thai residents and expats. 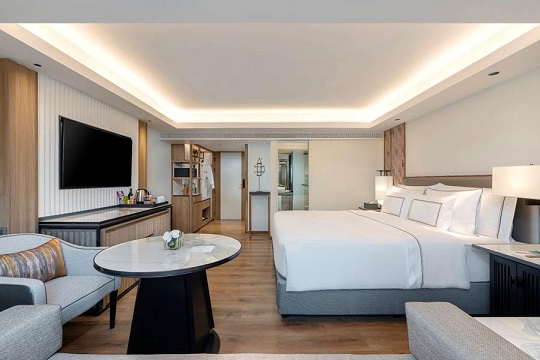